The currently most advanced spectral imaging technique is based on single photon-counting detectors. Such detectors typically require precise timing measurements and corresponding applications strongly benefit from fast data acquisition electronics. Already during the development of our products we focus on exactly these properties.

Spectral imaging uses multiple bands of the electromagnetic spectrum and incorporates a variety of techniques that go beyond human-perceivable light RGB. Appropriate cameras, unlike conventional cameras, do not image the three wavelength regions of the visible spectrum - red, green and blue, but map other regions of the electromagnetic spectrum, such as infrared, ultraviolet, X-rays or a combination of different spectral regions.

Multispectral imaging captures a small number of spectral bands by using different filters and illuminations. For example, a scene can be illuminated with near infra red (NIR) light, and at the same time an infrared pass filter can be used on an infrared-sensitive camera to ensure that visible light is blocked and only NIR is captured in the image. This technique is often used in detecting or tracking military targets and in land mine detection.

Hyperspectral imaging is characterized by a high spectral resolution and involves the combination of spectroscopy and digital photography. It acquires a full spectrum or a portion of the spectral information at each pixel in an image plane. For each pixel, hundreds of wavelength bands can be acquired, which are interpreted as a full spectrum and often represented as an image cube. 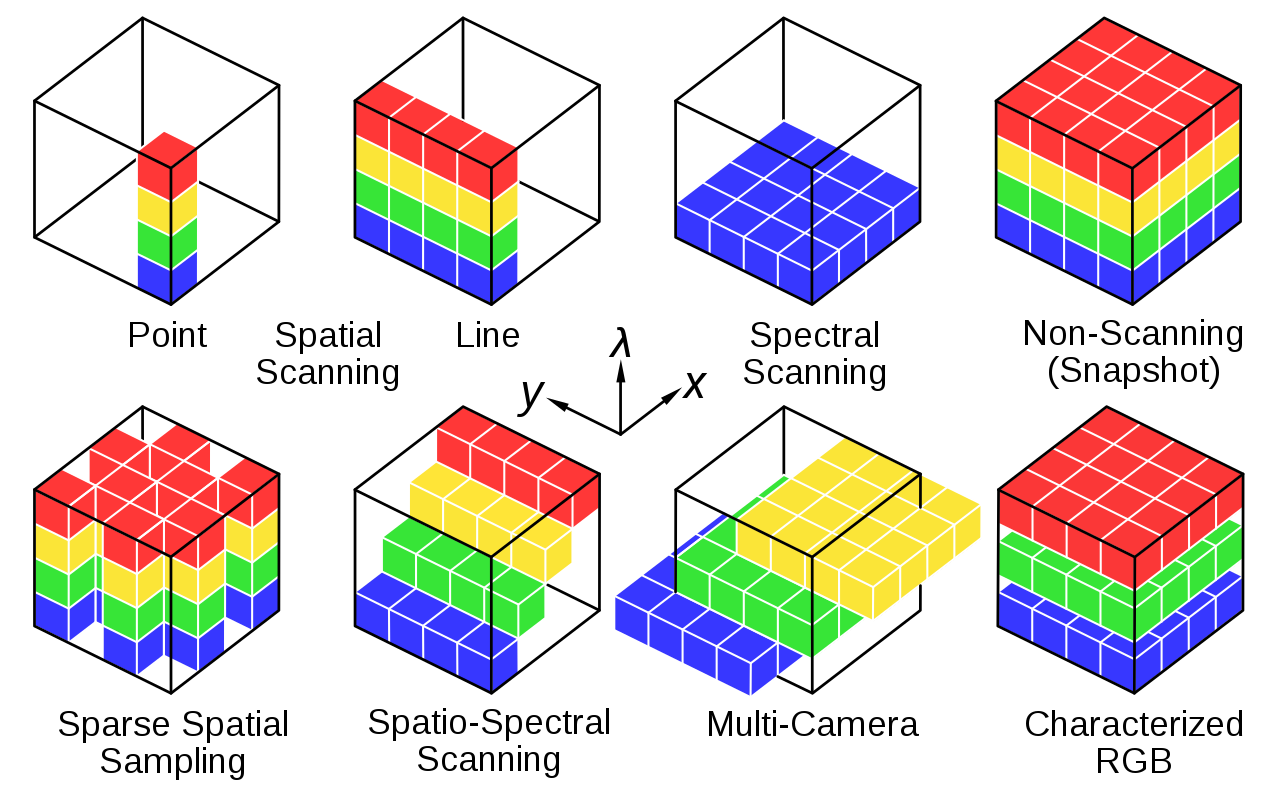