In low-energy atomic physics, basic knowledge about the elements, their properties and changes due to external influences are investigated in the laboratory by means of the study of radioactive isotopes. The decay of exotic nuclei, the structure of neutron and proton rich nuclei and the formation of heavy nuclei are observed.    The ultimate goal is to gain a comprehensive understanding of exactly which particles our world is made of.

Scientists use nuclear spectroscopy (including techniques of decay spectroscopy, total absorption spectrometry and in beam spectroscopy) to explain how exotic and superheavy atomic nuclei are formed. For example, the configuration of electrons in an atom or a solid, the arrangement of protons and neutrons in the atomic nucleus, and the nature of the forces between these particles are observed.

In the process, atomic nuclei are separated, for example, with the aid of lasers and magnets.

The findings of research in the field of low-energy nuclear physics are important not at least for materials science, e.g. to understand how exactly certain semiconductors work and how they can be optimized. Furthermore, there are applications and experiments in biophysics and medical physics, reactor physics and nuclear astrophysics.

While many aspects of nuclear physics are considered well understood after almost 100 years of research, several challenging questions are still open and under investigation.
‍
Our TDCs are used in gas detectors for nuclear physics experiments helping to understand the microcosm of the nucleus. 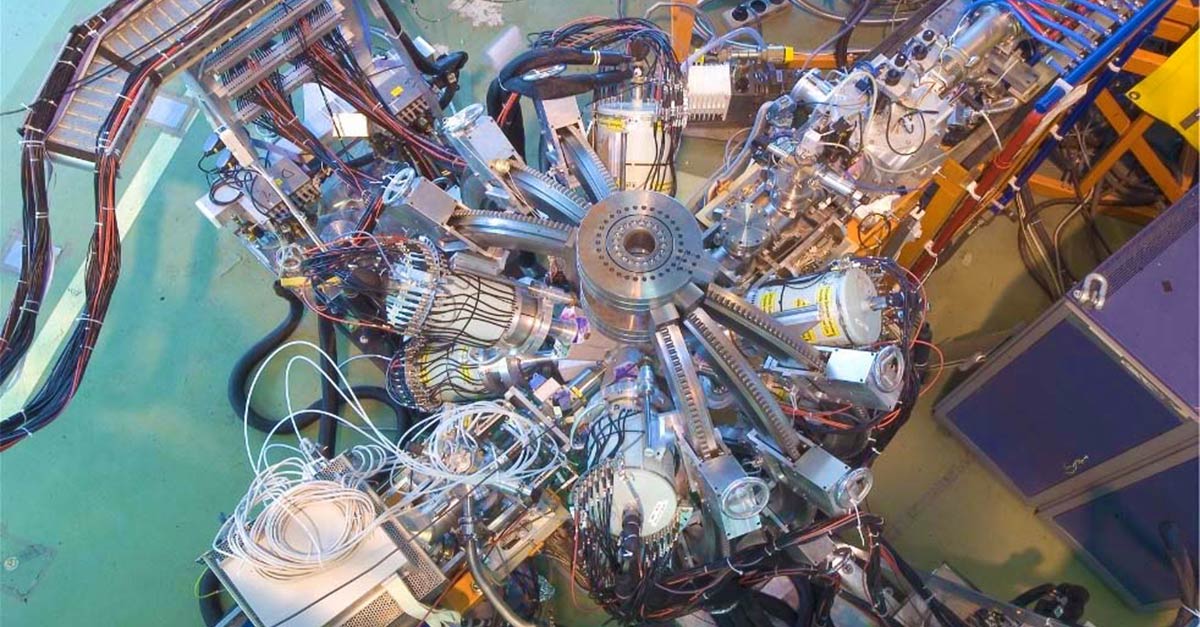 The MINIBALL HPGe gamma-ray array (seeing from above), comprising eight large HPGe cluster detectors, at the ISOLDE (Isotope mass Separator On-Line) facility at CERN. The Isotope mass Separator On-Line facility (ISOLDE) is a unique source of low-energy beams of radioactive nuclides, those with too many or too few neutrons to be stable. The ISOLDE facility literally enables scientists of changing one element into another.